Davide Tiso’s solo work is like a peep-show because it openly allows you to witness his incredibly spasmodic, almost entranced, guitar masturbations. And my impression is that he actually never comes: there is no final release there, but a feverish level of creative activity, an entirely instinctive outpour sustained by mystical single-mindedness.

This short instrumental work (under the half-hour mark) is so naked, so personal and so brave in exposing itself “during the act” that if there had been a final release it would have missed the point entirely. I feel that Davide is showing us the tortured delight that lives in the mind and heart of a true musician, daresay of an underrated genius. Were he to release a follow-up to this solo album, I doubt we would witness the ultimate orgasm either, since his musical search is ongoing and (in spite of some of the Biblical/Kabbalistic titles) very Tantric in spirit. Why? Because Davide seems to use a deeply intimate but, at the same time, distinctively physical, fleshly path to artistically connect with the unknown: his obsessive and intricate guitar parts and his free-form, cathartic, drumming feel as natural and organic as a bio-universe bursting with unfathomable entities. In “When Uriel Shakes the Soil”, easily the most intense and tormented piece on the album, Davide takes us to the mighty presence of Uriel, the Archangel of Fire associated with Music and Poetry, but also with Repentance. The track flows straight into “Invoking Metatron”, the highest of angels representing the emanation of earthly divine presence. But ultimately the stunning, disorienting beauty of the two songs stand on their own compositional merits even if we wished to disassociate them from their suggestive titles. Both the unsuspecting and the more sophisticated of listeners will absolutely loose themselves into this universe of swirling forms that never take shape, of dissonant repetitiveness that never submits to an order, of vague ectoplasmic flashes that briefly illuminate the dark chaos within and beyond us. What is even more awe-inspiring is that Davide’s release makes up but a mere splinter of the artistic universe that lives inside his head. It is almost like prog and jazz were taken for a spin inside the artist’s own Hadron Collider creating bright and ephemeral new avant-garde particles which we might never fully identify. So where will this genial album ultimately leave us? Even before it being over we shall feel surrounded by a sonic/visual turmoil that will raise soul-wrenching sensations of yearning and anxiety, and that’s exactly where we shall realise that Chaos and Void painfully, yet majestically, coincide.

Here’s what the man himself has to say about this project: 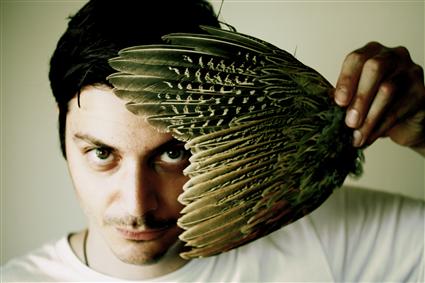 “The project “Manuscripts Don’t Burn” spawned in 2009, although the concept evolved in my mind long before Ephel Duath was ever born. The idea was inspired by the musical freedom of several one-man Norwegian projects at that time. When I was a teenager, I deeply admired the elitist attitudes and misanthropic sentiments of these Nordic acts. The aspect that they did not need band mates to share such high musical pathos was something that I considered extremely noble. Since the beginning of my musical inclinations, even if I didn’t have the knowledge and the equipment to start a one-man band, I composed music with the mentality of doing it on my own: never needing anyone else to finish a song. For years, I did not practice music or learn guitar techniques, I relentlessly worked on composing music without end.

I obviously anchored myself into that frame of mind for far too long, because even when I started playing in bands I’ve never been able to avoid my solo oriented will to play. (…) I have always felt to be a one-man band trapped in a band, and although this is not necessarily something I am proud of, I have learned to live with it. In 2008 I came to terms with this aspect of my creative self and started to produce and record music on my own. (…) Beginning Manuscripts Don’t Burn is the closing a great circle. This is something that I probably should have embarked on a long time ago but not until recently was I able to give life to. This is not simply another project; this is my altar of illusions. Manuscripts Don’t Burn is at the very top of that pyramid of riffs and riffs I started building years back. This band represents all those days playing like a fool in solitude, in a world of elitist creativity. I felt like a damned, misanthropic artist, but in reality I was, and still am, just a lonely guy in a room, with a guitar, a cable and an amp. This is Manuscripts Don’t Burn, an instrumental one man band around since ’97” 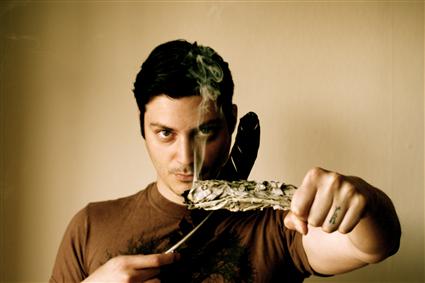