In today’s music scene Alcest is a powerful anomaly which is both disconcerting and reassuring. Disconcerting, because a certain audience will always find its artistic and metaphysical discourse difficult to digest. Reassuring, because those who have become fascinated by Alcest have found a world of rare beauty in which they can safely and blissfully roam naked, in heart and spirit. In Alcest’s music not only can one find solace and refuge, but reclaim a lost universe that once belonged to our childhood. Alcest is the imaginary friend, the safety blanket, the fairy land that locks reality away; potentially, a new religion, some have even pointed out. That said, we are talking about an artist made of flesh and bone who willingly lives in the mundane world. The recent mobile ring-tones move and the Vogue-esque aesthetics of the new single’s video have been duly noted (material for our upcoming interview, which no doubt will be extremely interesting). Nobody likes false idols and myths born out of internet legends, yet we all need our personal inner survival mechanisms to be in place, and Alcest’s overt quest for the transcendental undoubtedly represents the tremendous Hope (read self-defense mechanism) that characterizes us as humans. Spirituality (and not agriculture) seems to be, according to the most recent studies in the fields of anthropology and neuroscience, what drove our evolution as a civilization. Bewitching melodies aside, is this the explanation for the more subliminal kind of appeal that the Alcest-entity has over scores of people across the world, despite the language barrier? It might be cynically referred to as “music for girls”, but this shallow view grossly underestimates the importance of non-religious spirituality in youth culture. It is an area of huge relevance, especially in today’s apocalyptic climate.

Niege’s third album seamlessly continues his musical and conceptual discourse without any changes: no progression as such is displayed here. His post-black metal drenched in shoegaze offers subtly enhanced angelic textures over the familiar melodies made of delicate psych-pop moments interlaced with gusts of velvety black metal. Everything is fashioned like an exquisite cosmic dream. Both fans of either “Souvenirs d’un autre monde” and “Écailles de Lune” will instantly find moments akin to those albums, in fact one has the impression that most of this material (like with Lantlos’ recent release) was written before Alcest began its gargantuan live adventure started almost two years ago. As a young man and artist, Neige has chosen to climb a steep spiritual and musical mountain which takes time and a great deal of maturity to develop, therefore, given the touching transparency and beauty of his exceptionally successful work so far, I have no hurry to see him deliver the album that would equal his heroes Dead Can Dance or Cocteau Twins’s dizzying peaks. In his young musical history there have already been several pivotal moments that made us reach the sky and beyond: didn’t Neige himself declare right here on AGM not long ago that he would give his life for Alcest? I believe him.

The album begins with “Autre Temps”, a shoegaze ballad addressing man’s thirst for eternity and beauty, something that is mirrored in his good friend Fursy’s sublime painted artwork for the CD format. Chosen as the first single, musically I struggle to find this luke-warm song engaging, even with the aid of the lyrics. It is only with the second track that album truly begins to hover towards higher planes for me, becoming increasingly intense, entrancing, stirring. Guaranteed: from then on, each listener will encounter his/her own moment when the sky is suddenly torn to release a shower of adamantine light upon the soul. This is, after all, what Music is supposed to do: making us FEEL. Songs such as the title-track and “Beings of Light”, which Alcest have played live already around the world, truly push for that spiritual lift-off, the emeraldine, high-pitched guitar work becoming like clouds of butterflies frantically whipping their silvery wings against a pearlescent aurora. In “La Ou Naissent Les Coulers Nouvelles” and “Faiseurs de Monde” Neige utilizes his black metal vocals for the only time in the album, a personal style of vocal interpretation which always creates a mesmerizing impact within the compositions’ backbone. The album trance-like crescendo fittingly reaches its apex with the conclusive track, “Summer’s Glory”, where his falsetto over the ambrosia-like melodies simply dazzles.

Ultimately, Les Voyages De L’Âme does exactly what the title entails: map a further chapter of the travels of a unique human soul capable of transfixing audiences with its dreams. Undoubtedly not yet Alcest’s artistic masterpiece, but another step towards something unspeakable and ungraspable as yet. The tender angelic choral introduction to “Beings of Light” is still too tentative – it is something he hinted at in his AGM interview, mentioning his huge frustration at the impossibility to realizing in full his ideas as yet – but gives glimpses of much grander things to come. This third album ultimately might not smash ceilings but keeps working relentlessly at a magic recipe that possesses undeniable transcendental power, leaving us thirstier for the refreshing waters which pour from a metaphysical well the human being will always seek to drink from. Alcest is the oasis of the soul. 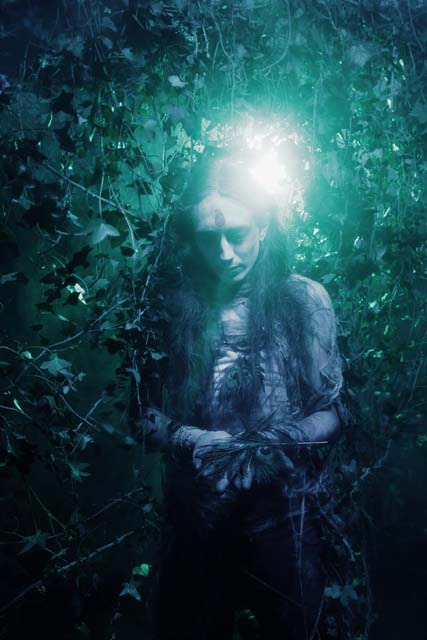