The hereby reviewed album is some promo stuff I stumbled upon. When pronounced in French, the German word Elend sounds a little bit like the first name of Alain Delon, who happened to have an affair with BB. BB is not Bert Brecht, but Brigitte Bardot who looked gorgeous back then. Gorgeous like Michelle Pfeiffer in 1987 or the girlfriend [see: Figure 1] of Bullitt. I keep wondering how one could re-cut that movie to the sound of this album. I guess the film would end the same way, the car chases would be replaced by scenes from the PS2-title ‘God of war II’ and the dialogs would be replaced by monologues but one. I’d cut lots of scenes and would remake a scene where the son of Steve McQueen dances in front of his father’s grave and says “Dad, can dance!” and re-dub McQueen’s girlfriends voice from British-English to French-English. There is this one scene where both are standing next to the ocean and she claims that his job made him heartless. Wouldn’t it be great if she had a kinky French-English accent in this (by then only) dialogue in a re-cut movie? Bullitt would end the dialogue with his line “Time starts now.” And hen the sound would set in, preferably # 11: Urserpens, beginning from 1:28 and then they would just stand next to each other for the rest of the song, without saying anything. Just like in the pictures [Figure 2-4] shown. 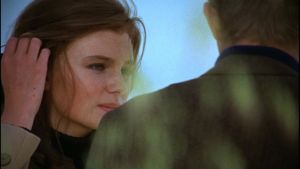 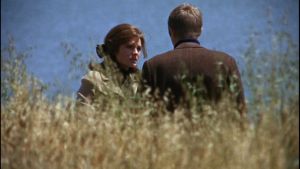 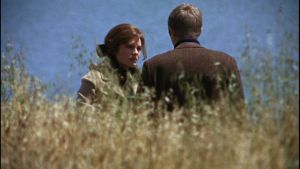 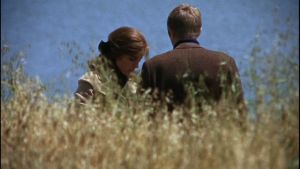